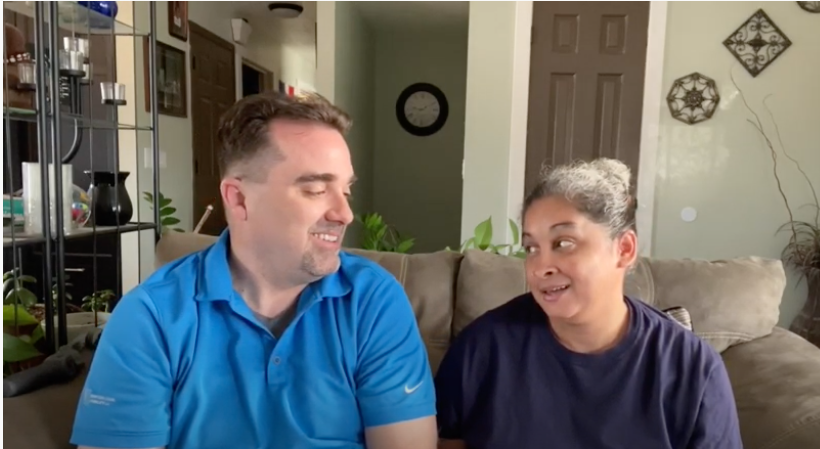 It’s the oldest story in the world. One day you’re 17, and you’re planning for someday.  And then quietly, without you ever really noticing someday is today.
-One Tree Hill

Sometimes, life throws you a curveball and someday never comes.  On November 28, 2019, my life changed forever.  It was your typical Thanksgiving Day.  We could smell the food cooking while my wife, Lidia, and I were out organizing the garage.  Lidia had taken a break while I checked on the food when our daughter came into the kitchen and frantically told me that something was wrong with Lidia.

After taking Lidia to the hospital, we learned that she had suffered from an Intracerebral Basal Ganglia Hemorrhagic Stroke on the left side of her brain.  That night, she had surgery to drain the blood and to reduce pressure on her brain.  She had lost mobility on the right side of her body as well as her ability to speak. We spent 5 weeks total in the hospital and have spent the last 14 months recovering.

Our ‘someday’ is now different than what it was two years ago.  Lidia has since learned to walk again with only the use of AFO ankle brace.  She’s still clumsy but has worked so hard to get where she is at.  We are excited to start seeing some movement in her right arm.  And her speech has improved enough to where I’m starting to lose arguments.

Everything that we do now is centered around Lidia’s recovery.  As a software engineer for Renter Legal Liability, I’m able to work from home and am Lidia’s full time caregiver. Three times a week, we go to the pool for aqua therapy.  We volunteer up at the medical university twice a week to give the students of physical and occupational therapy somebody to work with.  We’ve even started a YouTube channel to document Lidia’s recovery and to help others who are going through the same thing that she did.

The moral of the story, SOMEDAY IS TODAY!  We are lucky it wasn’t any worse for Lidia.  We’ve taken this life’s lesson and learned that sometimes it is OK to slow down.  It’s OK to enjoy the moment.  Don’t put off your dreams. Start checking off those things you wrote down on your bucket list.  Live for today and not for someday, because for some, someday never comes.

Want to read more from RLL®?